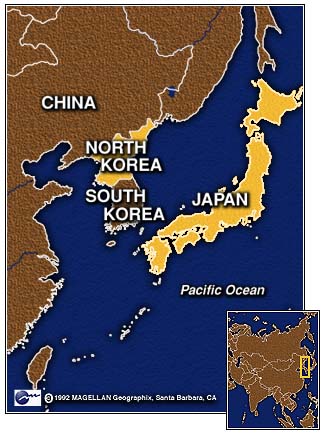 I usually leave the nuke stuff elsewhere, (or here – too many blogs?) but this post by Jeffrey Lewis, the Arms Control Wonk, seems relevant to the science policy discussions that go on here.

Lewis is trying to critically examine the conventional wisdom, widely reported of late, that Japan is just six months away from getting nuclear weapons if it were to decide it wants them to deter the North Korean threat. The basic argument is that the nuclear materials and technology base used for power generation in Japan could quickly be turned to the development of weapons if they chose.

Lewis argues – persuasively, I think – that the available evidence suggests the contrary, that Japan is years away from getting nuclear weapons should it decide to pursue that course. I’ll leave it to you to read Jeffrey’s argument, but suffice it to say that the trail of bread crumbs he follows to try to find the original sources and evidence for the “six months away” conventional wisdom lead nowhere. Lots of people seem to “know” this, but no one seems to know where it came from.

Having looked at the technical reasons that Japan is several years away from a deliverable nuclear warhead and the strange persistence of the “six month” idea—it is hard not to conclude that “six months” is a wonky equivalent of the Biblical Forty. “Six months” is a rough estimate—on par with “a screwdriver’s turn” as the Leventhal quote suggests—intended to make the wonk look smart and satisfy hungry journalists.

The only problem is, it ain’t true.

From the science media/policy perspective, the interesting thing here is the way the meme persists despite the lack of evidence. Over and over, it is repeated, in part because it supports a particular line of argument about the dangers of proliferation that serves the interests of those making it, both the experts and the journalists perpetuating it. A news story that says proliferation is not a risk has a lot less sex appeal, much like a story that minimizes the relative societal risk from global-warming-induced drought or, say, hurricanes.

The problem in the nuclear weapons arena, as Jeffrey’s Quixotic search shows, is that there is little peer-reviewed open literature here on which to base the discussion. Much more so than in the case of the climate wars normally discussed here, the discussion must be based on the pronouncements of the priesthood.