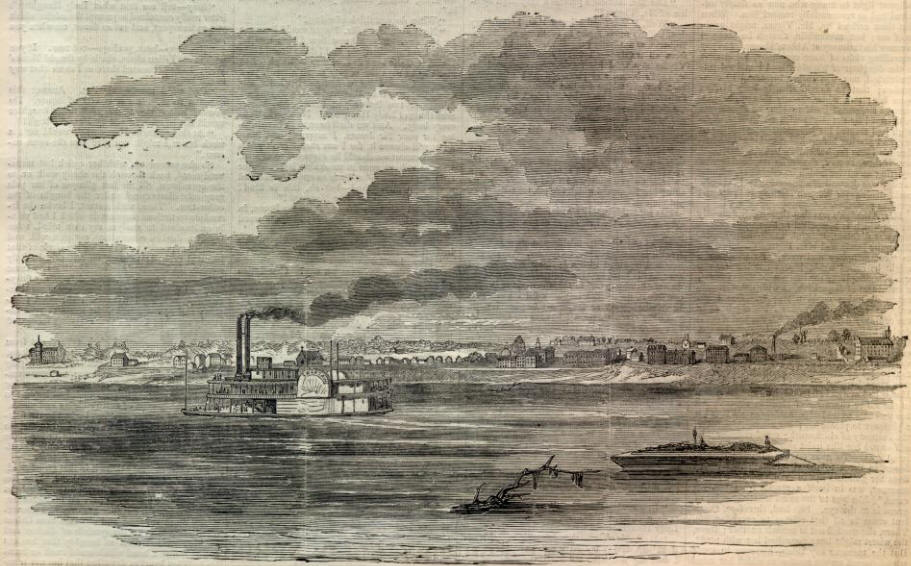 This week’s drought tour of America takes us to Cape Girardeau, Missouri, where they just completed the driest August on record. It is an old river town, with its downtown opening onto a bend in the Mississippi River. For those interested in Western lore, it’s where John Wesley Powell spent a summer early in his military career, preparing the plans to defend the vital high ground above the river. I married into an old Cape Girardeau family, so I’ve always been interested in the place. Farms spread back up from the river, but they’re not doing so well right now:

For nonirrigated land, “it’s really been a pretty devastating summer,” said Brad Rippey, a meteorologist with the USDA.

Any rainfall at this point would be too late for the summer crops, Rippey said.