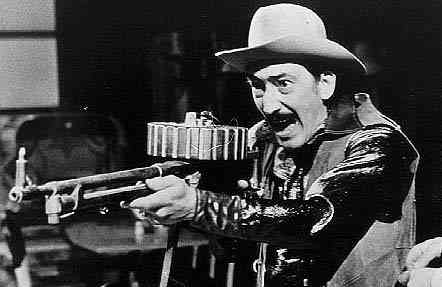 This morning, we have our answer:

Jimmy Carl Black, the original drummer in Frank Zappa’s Mothers of Invention, a band that helped define the sub-genre of art rock, died of cancer Saturday. He was 70.

He died in Siegsdorf, Germany, according to Roddie Gilliard, who performed with Black in recent years as part of the Muffin Men, a British group that specialized in performing Zappa’s music live.