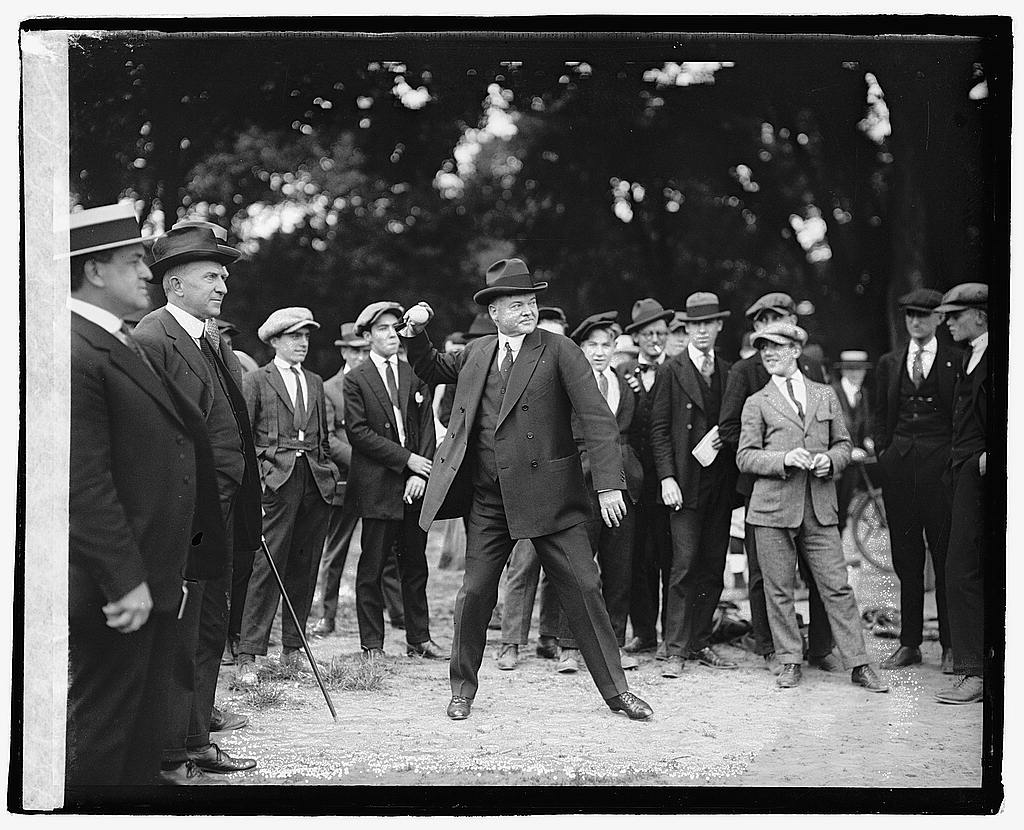 When the Colorado River Compact Commission’s members returned to negotiations on the morning of Nov. 14

, 1922, they were presented with three important questions – one which survived as language in the final compact and two which did not, but all three of which remain important to the river’s management today.

As they convened that morning at Bishop’s Lodge, outside Santa Fe, Commission Chairman Herbert Hoover laid out what he called “our three main propositions” –

Storage, yes. But in the Compact?

The desire for dams for storage and flood control had always been one of the main drivers for the creation of a compact. The questions was whether the provisions of storage should be included in the compact itself.

Speaking that morning, Hoover observed that if the compact was made contingent on storage, “one would have more courage to arrive at quantities if they are surrounded by safeguards.” Hoover believed storage would be a safeguard and that further, with sufficient storage a minimum annual flow would not be necessary.

Hoover, using his engineering background, noted  that storage falls into two phases: storage to “equate the flow seasonally in the terms of flood control”, and second,” to equate the water over a term of years.” In the short run, in other words, they wanted a dam that could capture some of the high flood waters of spring to stretch the irrigation season later in the year. In the longer run, “over a term of years”, large storage could capture wet year flows for use in dry years.

The issue of how a compact would address storage had divided the Commission since its first meeting back in January. Carpenter, while not opposed to the construction of storage, in concept, was opposed to making a compact contingent on storage by including it as a requirement. He viewed the compact a legal document defining rights and obligations of the parties. He viewed storage as an operational detail. His position split the upper river commissioners. Utah’s R.E. Caldwell and Wyoming’s Frank C. Emerson were both open to including storage in the compact. In fact, in Caldwell made his compact proposal contingent upon six million acre-feet of storage above Lee’s Ferry.

Reminding the others of his position on storage, Carpenter noted “with a minimum flow, the whole question of storage is largely removed, is it not?”

For the remainder of the 15th meeting, the commission continued to discuss the three main propositions occasionally drifting back to issues related to storage. The two main antagonists, Carpenter and Arizona’s Winfield Norviel, remained at odds on most issues. Importantly Norviel noted that the location of storage did matter. In a prescient comment, he argued that the basin where the reservoir was located would be charged for the evaporation.

The Commission adjourned at noon to reconvene at 3 PM.

The 16th meeting began with a continued discussion of storage. While the commissioners continued their discussion, Arthur Powell Davis and Colorado Engineering Advisor R.I. Meeker were separately meeting to evaluate and report on the approximate flow at Lee’s Ferry. Davis and Meeker reported that their analysis of the river showed that on average the tributary inflows between Lee’s Ferry and Laguna Dam and the river’s natural losses in that stretch were nearly the same, therefore the flow at Lee’s Ferry was the same as the flow at Laguna Dam. The Fall Davis Report included a table of reconstructed flows at Laguna Dam showing the average flow over the period of 1899 to 1920 was 16.4 million acre-feet. Davis and Meeker went on to explain because system losses on the lower river were less during drier years (less overbank flooding which reduced evaporation), the flow at Lee’s Ferry could be up to 500,000 acre-feet more than the flow at Laguna, Likewise, during wetter years (and more overbank flooding) the flow would be 500,000 acre-feet less, but on average the flow over a period of years was the same.

The discussion turned to existing uses in the upper basin and on the Gila. Davis made it clear that Laguna Dam was upstream of the Gila River. Carpenter noted that for his compact proposal, he assumed that consumptive uses above Lee’s Ferry and on the Gila were about the same. Davis responded that upper basin depletions were more, about 2.3 million acre-feet per year, but Gila were probably less than 1.5 million acre-feet annually.

Hoover asked the upper basin commissioners to caucus and consider his proposal, then report back tomorrow. The meeting was adjourned until Wednesday, November 14th at 11 AM.