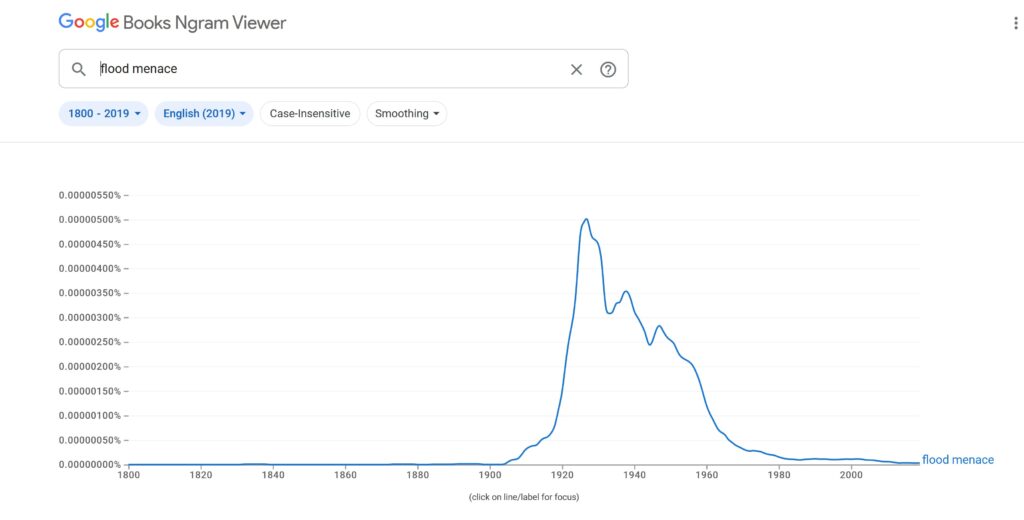 via Google Ngrams, the rise and fall of the flood menace

Doing reading for the new book on early 1920s Albuquerque, as business leaders pursued what would become the Middle Rio Grande Conservancy District, I see the regular return of a phrase I’d come to see frequently my reading of Colorado River history in the same time period:

Here’s the Albuquerque Journal, reporting on a June 1921 meeting of the Albuquerque Chamber of Commerce, where leaders were gathering support for the District’s creation:

It was further made clear that unless this project is carried through to completion there will be a depreciation of production and land values and ever increasing menace from flood waters.

I love Google Ngrams for this stuff. It allows you to track the rise and fall of a word or phrase in the corpus of English-language writing.

Despite having built a city on the Rio Grande flood plain, we don’t much worry about the “flood menace” these days. But boy, howdy, was it on people’s minds here (and elsewhere) back in the 1920s!