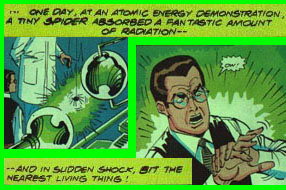 I’m crossposting this from the NukeBeat because I think it would be insanely cool to be the number one result when you google “radioactive animal carcasses”, and this blog has more googlejuice.

No, that’s not an early ’80s British punk band. It’s the amusingly grotesque harvest of a nuclear waste cleanup project at Hanford:

Carcasses of animals used in radiological experiments at Hanford are among more than 40,000 tons of waste workers dug up and reburied on the nuclear reservation.

Closure Hanford remediation manager Mark Buckmaster told the Hanford Advisory Board last week that up to 1,000 animals at a time were kept at a farm near F Reactor along the banks of the Columbia River.

One can imagine the conversation here between the reporter and editor about the latter:

Jameson: “Alligators? Get me a picture of the radioactive alligator carcasses!”