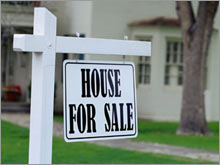 I conducted the latest edition of my heralded Inkstain Yard Sign Survey this afternoon. The survey area this year is the two neighborhoods I happened to wander through on the last leg of my bicycle ride, shortly after the thought occurred to me. Actually, the idea occurred to me early in the ride, when I rode past the big Obama sign on Indian School Rd. near the golf course, but I didn’t count that one because it didn’t fit into my rigorous methodology, as described below. Plus, I forgot to look for more signs until later.

From this data set, I conclude two things

* This does not include the two “open house” signs attempting to lure me off of my carefully chosen route to see houses for sale elsewhere. But I do find their presence significance. I mean, who holds an open house on Super Bowl Sunday? These people are desperate to sell.