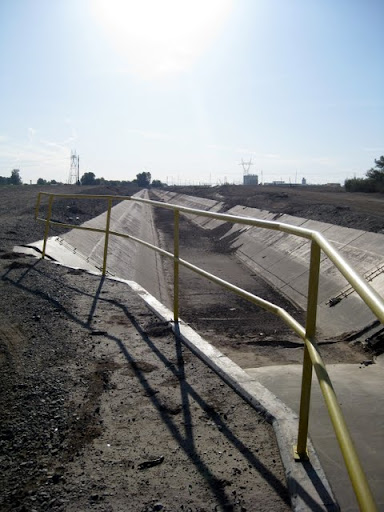 From Joyce Lobeck in the Yuma Sun (and seldom was their a more appropriately named newspaper):

Undertaken because of the 11-year drought in the Southwest, the pilot run started on May 5, 2010, to test the viability of the plant to augment Colorado River water supplies. In collaboration with The Metropolitan Water District of Southern California, Central Arizona Water Conservation District and Southern Nevada Water Authority, Reclamation operated the plant to gather cost and performance data needed to consider potential future operation of it.

In return for their funding support, the water agencies received credits in proportion to the water produced during the pilot run and each of their funding contributions.

The plant recycled 30,000 acre-feet of irrigation return flow water that was returned to the Colorado River.

As I’ve written before, the put-your-money-where-your-water-needs-are aspect of the YDP project are a great measure of who’s the most desperate for water from the Colorado River:

MWD is paying 80 percent of the cost. CAP and SNWA are each kicking in 10 percent. That willingness to pay on the part of MWD tells me something about who needs water the most in the near term.