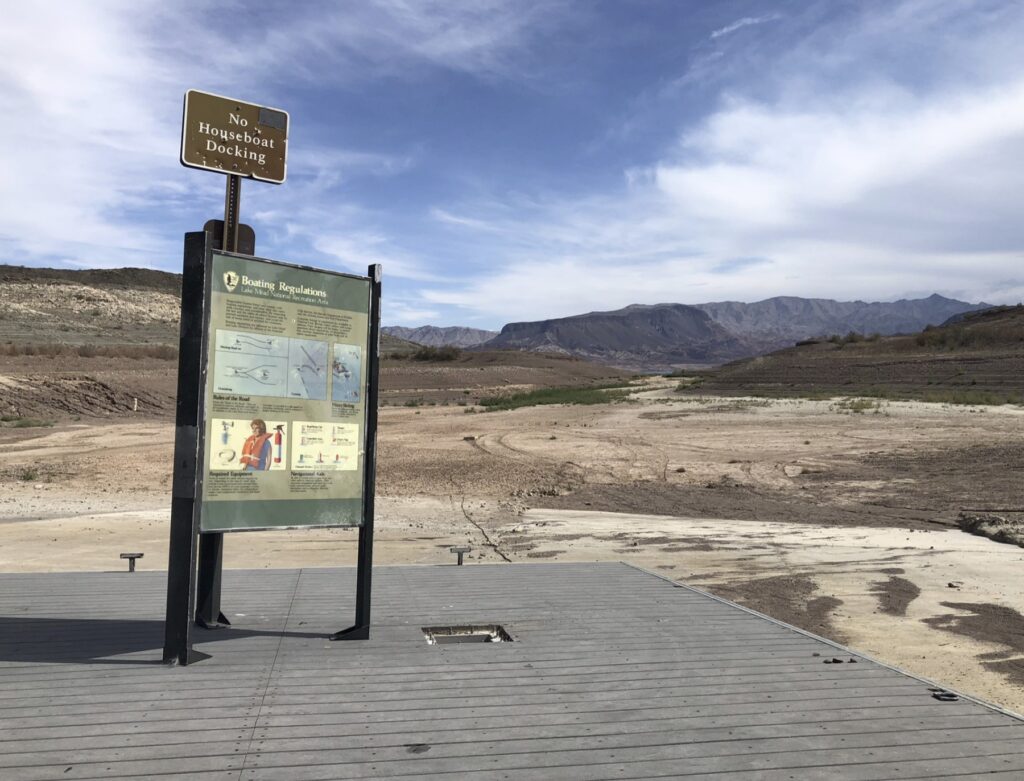 Colorado River political and policy discourse is tangled right now around an increasingly unhelpful set of questions. They involve process: Should the federal government step in and impose cuts? Should the Lower Basin states, especially Arizona and California, do more to save themselves? Should we pay farmers to fallow? How much? Should the Upper Basin contribute more cuts? What about environmental flows – will the cuts we need to make endanger our ESA coverage under the MSCP?

What about my water?

These are all worthy questions, but our entanglement with them avoids the largest and most important question: In a future with less water, what will this engineered hydraulic landscape of irrigated farms and cities look like? What do we want it to look like?

That was the point of my attention-getting quote to Grist’s Jake Bittle:

“Whether those cuts are imposed by a federal government action, or voluntary action by the states, or the fact that the reservoirs are fucking empty, they will happen,” (Fleck) told Grist.

If you’re in Las Vegas or Phoenix or Los Angeles or San Diego (or Albuquerque!), the details of which path we’re on matter, but the larger question is unchanged. You’ll have to learn to live with less Colorado River water, and you’ll succeed at that. Your city will be less green, but you’ll have enough for cooking and cleaning and brewing your morning coffee.

If you’re in Yuma or Imperial or Palo Verde, the details of which path we’re on matter, but the larger question is unchanged. We’ll still get all the yummy melons and lettuce we love (and are willing to pay for), and there will be a lot less alfalfa grown in the deserts of the Lower Colorado River.

I’ve got a far longer blog post brewing on the hard drive, as I begin to work through the details of what a “Colorado River system crash” might look like, which is the seed for the project occupying my thinking right now. We need some sense of what the alternative is to the process the Department of the Interior has launched, the process that triggered Jake Bittle’s call and my flamboyant quote, the attempt to get things back on the rails and create an orderly approach to envisioning our desired future and acting on it.

“Reservoirs fucking empty” is bait to folks’ limbic systems. It wasn’t a slip. I chose my words with care. But “fight or flight” may not be what we need right now. We need to understand that we can do this – that the key to our future is not winning a fight with Arizona/California/the Feds/the Upper Basin/the farmers/the cities over who gets what’s left, but rather envisioning a future in which we all figure out how to survive and even thrive with less water.