An exchange on Twitter about the definition of “dead pool” sent me back to Jack Schmidt et al’s extremely useful (and now extremely relevant) 2016 analysis of what would be required to empty Lake Powell and move all the water down to Lake Mead.

It’s the thing that disabused me of my simplistic notion that you could operate an empty Glen Canyon Dam as if there wasn’t any dam there at all, just passing the “natural” hydrograph on downstream.

The relatively small capacity of the river outlets would make it impossible for the flow regime of the Colorado River in the Grand Canyon ecosystem to resemble the pre-dam, natural regime. Instead, stream flow in the Grand Canyon ecosystem would be 15,000 ft3/s or less and would be steady throughout the day. During the spring snowmelt season, however, inflows would greatly exceed the capacity to release water downstream, and the elevation of Lake Powell would increase greatly.

Eventually, the reservoir would get high enough that you could use the old power plant outlets, meaning you could suddenly release a lot more water! Flows at that point jump dramatically. Here’s their graph, with flows on the top in brownish red, and reservoir elevation on the bottom: 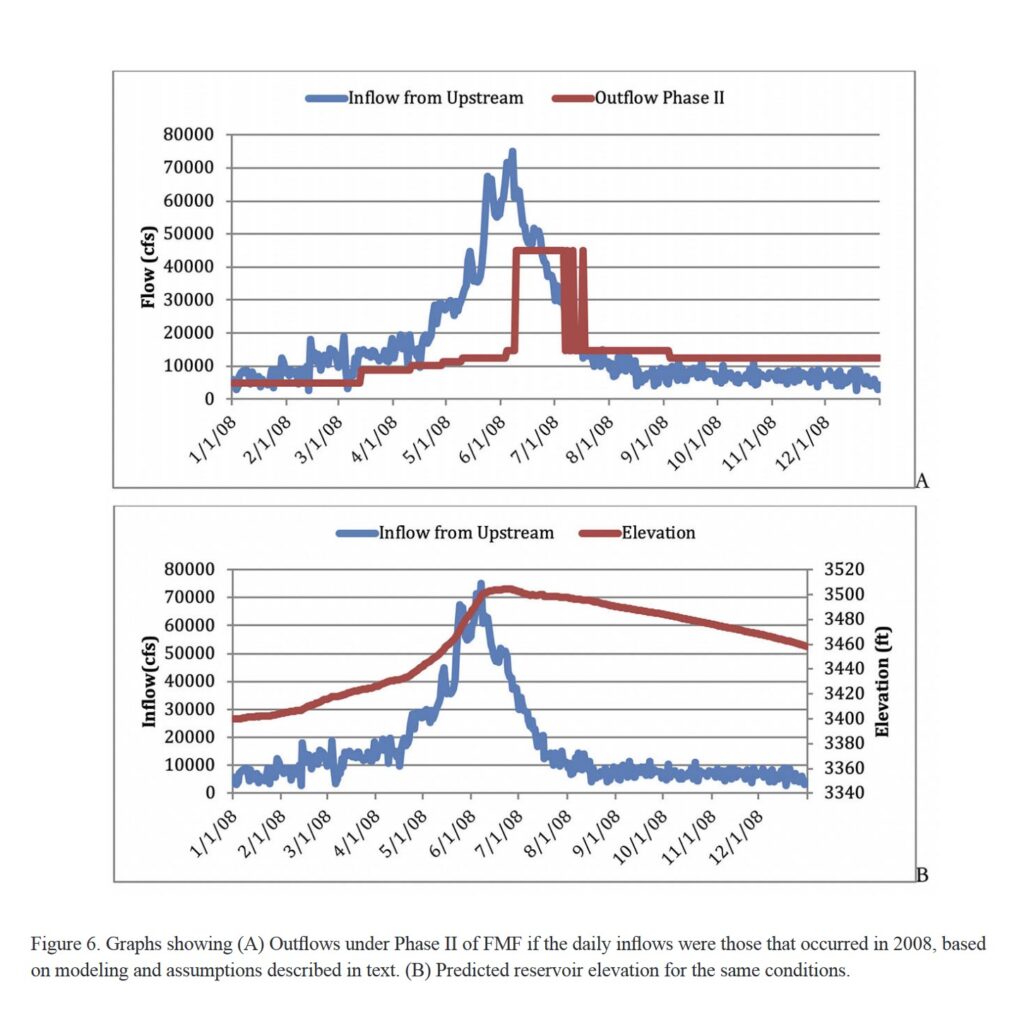 The whole paper is worth reading for many reasons, not the least of which is the group’s analysis of evaporation savings of sending all the Powell water down to Mead for storage. (Spoiler alert: Evaporation goes down in one place and up in the other. No free lunch.)